You may have heard how businesses all over the world are adopting NodeJs as their tech stack.

The reason for the popularity of this JavaScript runtime is that it offers the web developers a lightweight, fast, and superior way to execute code in the local environment.

It is mainly used to develop highly scalable and fast Internet applications.

If you have great web app ideas, which you want to turn into functional applications, then the NodeJs runtime environment will help you change the idea into reality.

NodeJs is a big hit amongst big and small companies that use this tech stack to implement incredible web application ideas.

We have listed 10 successful projects based on NodeJs for your ready reference.

The web app developers of Netflix decided to switch from Java to NodeJs as they wanted to have the same language, both for the front-end as well as back-end of the web app.

This was done to create more synergy and improve the start up time considerably.

After the change was made, it was noticed that the start up time came down from 40 minutes to below one minute, which is truly amazing.

PayPal is a huge online payment platform, wherein millions of people transfer billions of dollars in more than hundred currencies.

Just like Netflix, PayPal also migrated from Java to NodeJs to rebuild its user side of web applications.

This change over from Java to NodeJs has improved faster page response time of PayPal.

Additionally, the ability of the web app to handle requests per second also saw a 100% jump.

LinkedIn is a social media platform that is focused on offering an informal platform to professionals.

It is extremely popular all over the world and has more than 400 million members in 200 countries.

LinkedIn uses NodeJs for the server side of its mobile app that improved its functionality and speed dramatically.

Earlier, LinkedIn was using the Ruby on Rails based version for its mobile app.

After they started using NodeJs, the speed of their mobile app increased 20 times.

Additionally, the resources used by the app also reduced drastically and the company now uses only 4 servers for the same job that was earlier handled by 15 servers.

If you lived in a big city anywhere in the world, then chances are that you have heard about the Uber network Transportation Company.

It has revolutionized the transportation sector and at present is operating in 900 cities all over the world.

Uber uses NodeJs to build its massive web application that could handle millions of tasks per day.

The main criterion of using NodeJs was the developers wanted a cross-platform technology solution for their mobile app that was not only fast but also extremely scalable.

Yahoo is a well-known search engine that gets more than 500 million queries in 30 languages every month.

To give support to the mammoth task of analyzing and coping with such a huge workload, NodeJs plays an important role.

In around 75% of Yahoo web applications, you will find NodeJs, which shows the credibility of this open source, cross-platform, JavaScript runtime environment.

Mozilla uses NodeJs for its web application because it offers a tremendously fast and highly scalable runtime environment that can sustain a large number of requests at the same time.

The American online shopping website eBay also uses NodeJs as a part of its tech stack.

According to the experts at eBay, they have chosen NodeJs because it allows them to make applications in real time by maintaining live connections with the server.

Just like some of the other examples we have mentioned above, NodeJs give the eBay app a greater speed, transparency, as well as scalability.

GoDaddy is an Internet domain registrar and web hosting company with more than 19 million customers.

This company uses NodeJs for its back-end infrastructure.

This has helped GoDaddy to reduce the number of servers dramatically as well as improve the speed.

NodeJs allow the web developers at GoDaddy to create a high-quality application as well as deploy the latest features immediately.

Walmart is an online retail behemoth that uses NodeJs on their client side for a faster, accurate, and secure result.

The use of NodeJs has helped the web developers at Walmart to create new APIs for different Walmart apps and deploy it in double quick time.

Furthermore, use of NodeJs was approved because it gave better performance and offers modularity that allows the developers to put changes much faster and fix bugs quickly.

Space exploration has become almost synonymous with NASA. The use of NodeJs by this high-tech company shows the immense power of this tech stack.

The list of companies we have shared with you shows how even the top businesses rely on NodeJs technology to take care of their highly complex digital infrastructure.

If these huge behemoths can rely on NodeJs as a tech stack for their Internet application, then as a start-up or a medium business you have nothing to worry.

Furthermore, since huge corporations support NodeJs, there is a constant upgradation of its technology so that it can keep up with the upcoming challenges.

Additionally, due to the immense popularity of NodeJs, you will find a large number of NodeJs developers in the market that can take care of your Internet application needs.

All this shows why industry titans are heading towards NodeJs and why you should adopt it to develop your web application. 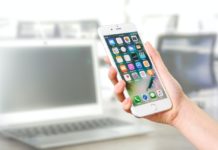 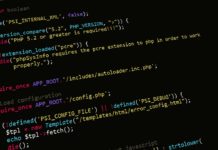