Comic books have been an important part of the entertainment sphere for nearly a century. While many other forms of print media are going the way of the buggy whip, comic books have endured. There are many reasons people young and old are attracted to the medium, but Geoff Johns, Stargirl creator thinks it comes down to these seven reasons.

Comic books have changed over the years and writers have added more nuance to their modern characters. However, the heroes and villains are still recognizable and resonate with readers as they have since the beginning. The familiar themes of self-sacrifice versus greed or a protective hero versus sadistic maniac have tremendous staying power.

Superheroes have driven the popularity of comic books since the dawning of the medium. The superhero subgenre has become as firmly embedded in the American fabric as any ancient myth and undeniably contributes to comic books’ continued appeal. Also, superheroes successfully made the leap to television and movies, continually exposing new audiences to the characters and creating interest in comic books.

Some of the most popular series have spanned several decades, meaning the stories and characters are beloved by many generations of comic book readers. The new creators craft storylines around classic favorites without losing the essence of what has made the characters so enduring. Seasoned readers love revisiting their childhood favorites while younger readers get hooked on the stories, all over again.

While many of the comic book classics remain, there are constantly new challenges and triumphs for America’s favorite characters. The genre has also expanded to include more diversity, and new characters emerge or revelations from perennial favorites keep the stories exciting. Comic books remain popular because the writers expertly craft new narratives that keep audiences riveted.

Almost since the beginning, comic books have presented a fantasy universe that includes elements of the real world. During World War II, superheroes fought America’s enemies and even average characters became outwardly patriotic. Today, comic book characters are tackling race and identity issues that are part of the current cultural landscape.

Since it’s a highly visual medium, the comic book genre is uniquely accessible to a wide audience. The mix of artwork and narrative keeps young readers engaged. However, the readability doesn’t mean the stories aren’t serious and complex even for mature readers. Especially in modern comic books, writers emphasize character nuance and depth that rival any novel.

There are always complex discussions about what can be considered art. However, one look at most comic book covers will make it clear that many are on par with fine art. In fact, the pop art genre that was popular in midcentury America heavily borrowed the medium’s techniques at the time. Today’s comic book artists are free to use more color and fine lines than their predecessors, elevating the quality of their artwork even further.

Comic books are as popular as ever. Whether in the print format or as characters come to life in big-screen productions, the world that the medium has created is as robust and attractive as ever. 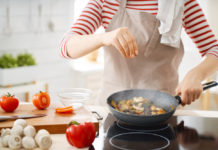 These Tips Can Help With Cooking 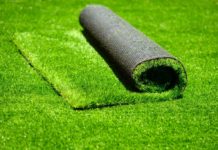 Which Artificial Grass Is Best? Aya And The Witch: Release date, Extraordinary attractions that will be seen in the movie